Jana Degrott discusses some of the most urgent social issues of our times. In the first episode, three young women talk about their everyday struggle against insensitivity and belittlement.

Wat leeft? isn’t just a podcast. It’s a platform for those who’ve been systematically marginalised, victimised, gaslit and ignored – guests who are changing narratives and challenging the status quo. It’s a safe space where the otherwise taboo topics of our society can be confronted openly and honestly. The guiding light of this project is the desire to make the world freer and more equitable for everyone. And in that mission, Wat leeft? welcomes everyone irrespective of race, color or creed.

Questions like “Where are you from? … No! I mean, where are you really from?” can take a significant toll on people of color. Microaggressions are the everyday, small, often unintentional acts of racism. Together with three young women from Luxembourg, we are going to shed light on the implications microaggressions can have on one’s mental health.

Maimuna Djaló has Afro-Luxembourgish roots and is currently studying at the Athénée de Luxembourg. Her activism first started in 2020 when she gave an interview to RTL about the racist encounters she had faced in high school.

Maïté Rassel is a Luxembourgish girl born in South Korea. She is currently teaching a 6th grade in primary school and aims to go for her Master's degree in Educational Sciences next year. Ever since she was a child she has faced discrimination regarding her origins and physical appearance.

Imany Lopes was born and raised in Luxembourg. She advocates for a better representation of women of color and dreams of a world where everyone has the opportunity to realize their potential, regardless of skin color, gender, appearance or class. 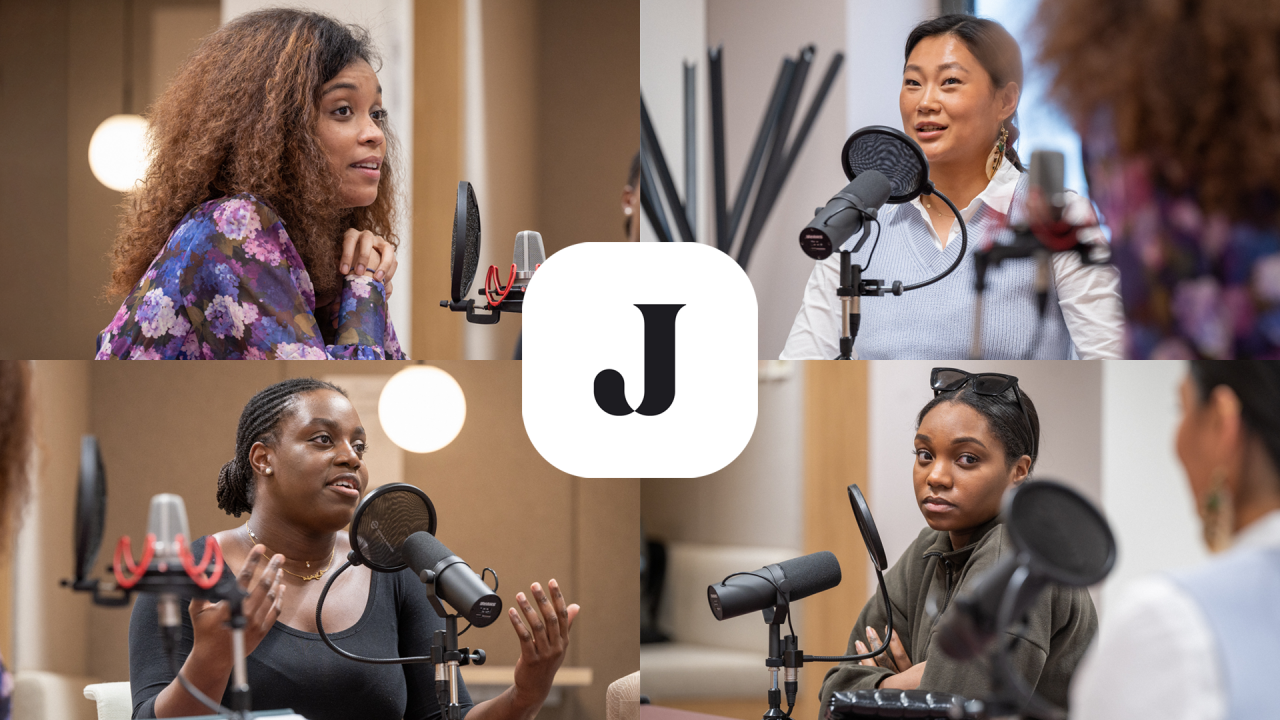 Don’t get me wrong: It’s not about being addressed in French that saddens me. Rather, it is being reminded daily that I am different. Even though I am a fellow Luxembourgish citizen, I am not white. This cashier and the countless people who gave me a similar experience since I was a child were always unable to imagine I’d be a fellow Luxembourgian, could speak our language and simply be one of us.

But this begs a question: Am I being oversensitive? Am I unfair to the cashier? For the longest time, I decided to ignore this form of everyday racism, just as many others in my position do. But if there is this constant question of whether me feeling hurt is justified, there is a second question. Who gets to decide?

This experience with the cashier is only one of many. Anyone who looks like me or is a member of a minority will have countless examples of microaggressions taking place at any point during the day, at or off work.

And it hurts especially when it is otherwise well-intentioned people who make me feel this way, who may be friends, family or colleagues, and who I had hoped would know better. But then having ‘a / one’ black friend is not enough: microaggressions speak to a deeper issue within our Western societies.

When we think of racism, most people will think of the KKK, the slave trade and lynchings. But who would think of a cashier assuming I am not Luxembourgish? Microaggressions are about everyday lived racism instead. They are different from in-your-face racism, and they are mostly misunderstood by those who don’t experience them.

Microaggressions refer to daily verbal behaviors/communications or environment actions considered small, common and often ambiguous, maybe even trivial. They are often delivered by well-intentioned people not even conscious of committing an aggression. Whether intentional or unintentional, these actions cause hurt and pain, especially as they build up over a day and a lifetime.

They are a daily reminder to minorities that they don’t belong. Microaggressions can be more or less subtle, yet they build exclusion. They send a message that is othering, not least when one seeks to confront someone about them. Accusing someone of microaggression brings with it calls of reverse-racism, of misunderstanding intention and being thin-skinned. Time and again, we as minorities are asked to doubt our lived experience. If you cannot relate, ask yourself the following: how often have you been told that you are very eloquent or that you speak your mother-tongue really well? That you are not ‘like them other whites’, or that people switch to the other side of the street when they see you walk down the street?

Sure, *you* personally may not be guilty of this, you may not even see colour (this is another form of invalidating our lived experiences), but overall, these are common experiences for people from minorities, and we need to discuss this more.

Generally, when we speak of microaggressions we refer to a single sentence or action.

Any black, brown, or Asian person will tell you: microaggressions happen daily at work, after work, on holidays, whilst traveling or any other sphere and part of life. They are too frequent and omnipresent in our lives to ‘just ignore’ or escape. This is what makes them so problematic and harmful. An analogy can be drawn between a microaggression and an insect biting you. If the insect bites you one time it is not a big deal, but if it happens relentlessly, it’s not just annoying or something to be ignored. It becomes something preoccupying your every step, interrupting your day or activities.

The ambiguity of microaggressions makes it particularly difficult for the person experiencing them to grasp why exactly they feel harmed by them. The victim doubts whether they were actually harmed despite feeling that they did. The one committing the microaggression might be completely unaware of the fact that they said something harmful that now works on the victim.

People usually mean well. The cashier wanted to be helpful, yet it is revealing. No one is free of racial biases, just as no one is immune from gender biases. Microaggressions reveal this and point towards a larger issue of how we as a society think and act towards minorities. Moreover, it makes it harder to address the root causes of them without creating defensive and evasive reactions to being called out.

It is the repeated exposure to microaggressions that are so harmful. Each new and repeated aggression builds trauma. Over time, it impacts the mental health of its victims, their very behaviour (‘If I only looked different / behaved different…’), whilst the source of this pain largely remains invisible and unacknowledged. After all: how could the cashier’s comment have done any actual harm in itself?

Another aspect to this is how exhausting microaggressions can become. For most white people, microaggressions don’t exist as a daily feature of their lives. To explain what microaggressions are and how they build up harm means using up patience and energy to meet people where they are, and educating them on their racism. Our lived experiences and realities alone are not enough: we must explain ourselves and our pain, reliving and repackaging it to make it understandable to an outsider on their terms. This in itself is an additional layer of injustice that cannot be ignored. Dismissing lived experiences as invalid unless the perpetuator accepts they have done a wrong means allowing someone else to question one’s sanity and pain. Who gets to decide what constitutes harm? The victim does.

Microaggressions are not a new concept

The term microaggression as just discussed was first proposed by Chester Middle Pierce in the 1970s, but psychologists have significantly amplified the concept in recent years.

Being deliberately denied to rent an apartment because of one’s skin colour (something quite common in Luxembourg).

Examples:
- Assume how intelligent a person is based on their skin colour. People of color are considered being less educated.

- Second class citizen: you assume by seeing a child of colour that it must have poor parents.

- Presumed to be criminal: because we are inherently biased we more likely would fear a black man.

Examples:
- Ethnicity: “You speak Luxembourgish really well”, “ Where are you from? Oh, Luxembourg? No, I meant to ask… where are you really from?” The underlying message here is that you are a foreigner and that you don’t belong to that specific space.

- Color blindness: “ I don’t see color”, “I don’t see you as a black person/ Asian person”. Your racialised experience as a person of a certain community is questioned and invalidated.

- Denial of individual racism: “I am not racist; my neighbour is black.” This is not why you are prone to not commit acts of racism.

If any of this feels familiar or makes you feel uncomfortable: anti-racism and unlearning racialised stereotypes and reactions is continuous work. Some of it becomes internalised by minorities themselves, hence why I often doubted my own experiences. Worse, minorities who themselves face microaggressions may be perpetrators towards other minorities themselves.

If you are white: ask yourself whether you ever act different in the presence of a non-white person and try to reflect on your actions. Ultimately, fighting racism in any and all of its forms will be a shared struggle. Racism affects people differently depending on their skin colour, what gender they identify with, and their sexuality. These struggles are intersectional and complex.