Electronics is a vast field that exists in many forms and for which we often think we have to cross our borders to find the experts. But, from automotive to aeronautics to space, Cédric Lorant has done it all and more. With his head in space and his feet on the ground, he plays in the big league from our small country.

"What would you say if we told you that a Luxembourg company with a few offices and about 30 employees is helping, among other things, the European Space Agency (ESA) to probe the internal structure of an asteroid as part of a joint mission with the National Aeronautics and Space Administration (NASA)? Impossible, right? And yet…"

A small company playing in the big league

EmTroniX, whose business is to create electronics for the specific needs of its customers in the aeronautical, space, medical and military fields, is constantly pushing the limits. From the back of the Bommelscheuer industrial estate in Käerjeng, the company proves that it doesn't take a village-sized HQ to achieve great things on a global scale. A good dose of perseverance and unquenchable ambition – two notions that best describe Cédric Lorant, its founder and CEO – can make the difference.

With an infectious smile, Cédric offers us a coffee and takes us on a tour of the basement, where the electronic assembly is done. On the way, he greets his team, takes a look at the rooms containing machines with names as enigmatic as their operation and shows us one of his greatest prides, displayed at the entrance of the offices: a kicker from a Belgian café, "a real one, but we put it in free-play mode" (laughs).

Downstairs, an operator wearing a white apron and goggles prepares a machine that looks like a giant printer for production. "We proceed with a metal stencil, like for children", explains Cédric. "We do it by hand for the small parts. Once it's assembled, it goes into the oven. This is cooking!"

The place is both impressive while remaining charming and welcoming. Cedric has built a small empire in his own image, and one can't help but think that his company has managed to combine the best of both worlds; international fame and family warmth, going into space and keeping the feet on the ground. But his path to success was not predetermined and the CEO of EmTroniX sometimes had to force his fate. Indeed, from a very young age, he set his sights on the Moon without knowing that one day he would help send satellites there.

A Belgian by birth with Luxembourg origins, Cédric grew up on the other side of the border and was already attracted to technology in high school. Unfortunately, "this was in the 80s and there was not much personal computing yet", so the school was not equipped or trained to offer courses in this field. "I remember my friends and I asking the high school principal where to go to program computers. He was overwhelmed and told us to go into economics. To him, computer science was coding."

Determined to program, Cédric and his buddies didn't stop at this obstacle and learned to program all by themselves. Together, they programmed "video games, some graphic interfaces and a mini operating system for Commodore 64". So, it is safe to say that he had it in him and his parents saw it. Once he finished high school, they sent him to the Institut Supérieur Industriel Pierrard where he had his first real courses in computer science. It was there that he discovered electronics through engineering studies, "the common core, before leaving for the Institut Supérieur Industriel in Brussels to specialize in it". Once he finished his studies, Cédric took the path of the automotive world. For 7 years, he designed engine ECUs for Delphi Automotive before taking another turn and leaving the company to create his own with 2 colleagues in 2001. Since then, EmTroniX has been growing by leaps and bounds.

"Technically, the first private satellite around the Moon is from Luxembourg."

The first activities of EmTroniX were also in the automotive field, before shifting to aeronautics. "Our first customer was the French Petroleum Institute. We made them an open engine calculator." Then, in 2006, the company moved into aeronautics through a collaboration with Eurocopter – now Airbus Helicopter. "Thirty years ago, air conditioning in helicopters was hot and cold. It was basic. Knowing our expertise, they came to us to have us implement an air conditioning system worthy of a modern vehicle." Then, in 2008, Cédric met the director of LuxSpace, OHB's Luxembourg subsidiary, and began working with them, notably "on two commercial satellites in 2009 and 2010". Finally, it was Thales Alenia Space Germany that approached them for an aircraft anti-collision tracking system (ADS-B). "We developed a receiver from scratch for them and we still own the intellectual property." Since then, EmTroniX has been working on more and more projects in the space sector.

To date, its best calling card remains the 4M – Manfred Memorial Moon Mission – payload that literally titillated the stars in honor of the late Marco Fuchs, former director of OHB, who dreamed of going to the moon. "LuxSpace, having good relationships with launchers in Asia, had the opportunity to have a payload attached to a Chinese non-governmental rocket that was going to make a revolution around the Moon and called on us. It was a challenge, we had little time, but we did it. So, we can say that, technically, the first private satellite around the Moon is from Luxembourg!" 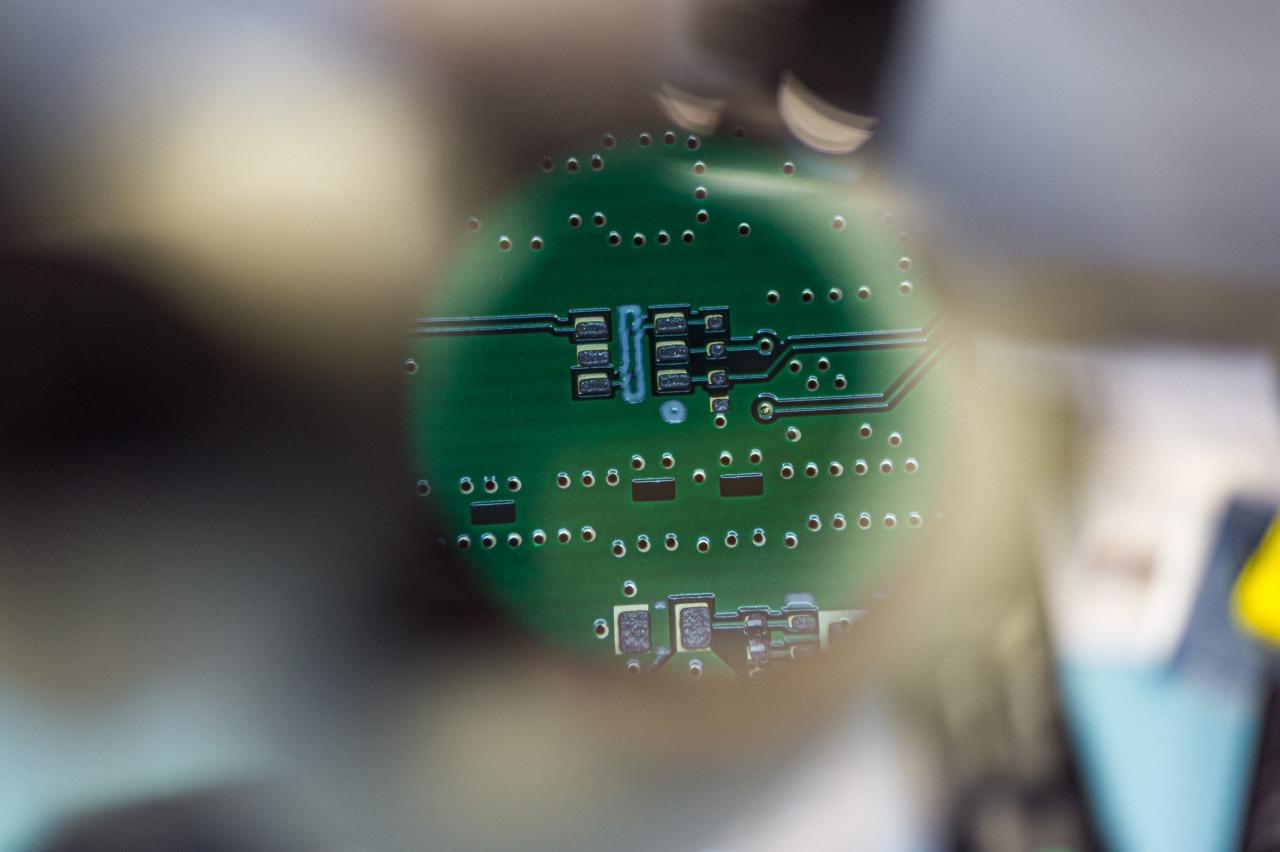 The success of EmTroniX is also born from collaborations with partners who believe in their skills. Cédric has met some of them through the Chambre de Commerce, which he praises for their role as intermediary between companies. "Thanks to them, I've established links with the players in Luxembourg. I may be old school, but for me, an economic relationship is first and foremost a human relationship. I congratulate them." Cédric is therefore a satisfied CEO.

But what does the job of CEO of an embedded electronics company really mean? "My job, normally, would be to make things get done, but not to do them myself anymore. Unfortunately, I still do. (laughs) Otherwise, it's customer relations and promoting the company, but I absolutely want to keep a technical eye so that I can be convinced of my answers when I give them to customers" …and by passion.

Indeed, Cedric is passionate about his job. The sentences in which he does not mention electronics are rare. "You know, when you're a business owner, the work never stops." What fascinates him so much is "creating something" whether it's dematerialized software or a physical, concrete product. "It's great to see the result of a piece we built from scratch… Especially when it works!"

Cédric Lorant tries to convey this passion to young people, because, when he deviates from the field of his passion, it is to speak about the youth which is so dear to him. "I was in charge of a youth center for a long time. I helped them with math and physics. I tried to give them a little spark and to make them love technology", whose professions are, according to him, cruelly denigrated.

Today, the CEO of EmTroniX is still involved in training as much as possible. "I go and talk to young people in high schools whenever I have the opportunity. I explain that their career choice must be made with their heart. I tell them that ‘money is good, but you're going to work for 45 years, so you might as well do something you like!’ My employees like what they do."

For Cédric, young people must take their destiny into their own hands and learn to think independently. "When I want to hire someone, if they say 'I don't know how to do that, I didn't learn it in school', it won't work. Just because you didn't learn it in school doesn't mean you can't do it. School is just a toolbox. It's by searching, designing and realizing that they're going to be able to progress and that society is going to grow."

"School is just a toolbox. It's by searching, designing and realizing that they're going to be able to progress and that society is going to grow."

In addition to all this, Cédric welcomes students in his company when he can and "tries to train them as well as possible with real missions that make sense, because it is our duty." Moreover, many of his engineers have done an internship at his company before being hired; "I saw that they had this passion". But, alone, he will not be able to change things. "The little taste, it makes small streams, then a river, etcetera … If there are more of us to promote this, there is a way to do something."

"I remember a sentence, however banal, that touched me. It came from a boy I was going to help in math in a youth center in 1998. We ran into each other 4 years later, he recognized me, ran up to me and said 'Thank you Cédric, you made me love math and I made a career out of it'. This little sentence made me happy because, even if I only managed to help one, it was a win. I said to myself, 'It's worth it, we have to continue'."

Cédric Lorant on the importance of choosing a job you love. 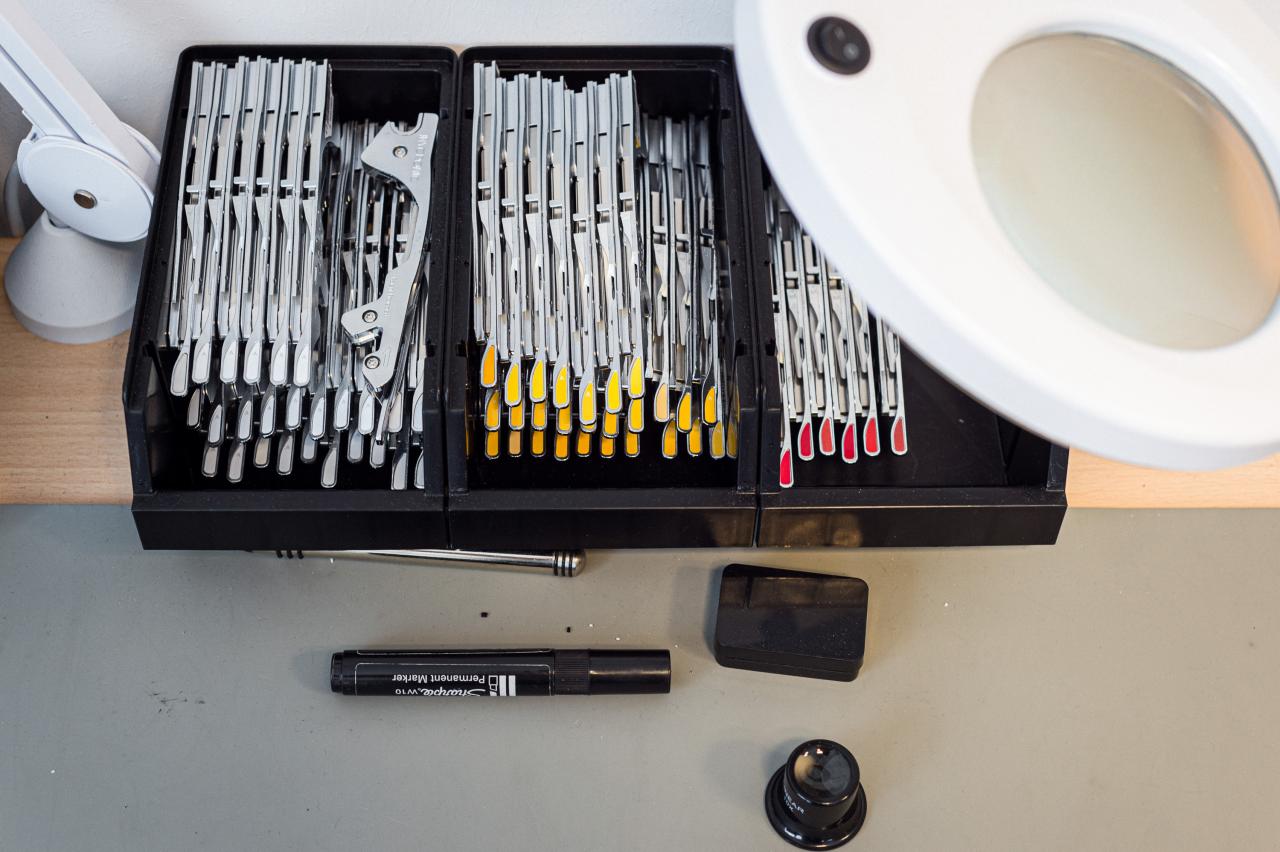 In addition to training young people, the CEO has other future challenges in mind: a project with NASA and ESA to analyze the asteroids orbiting the earth "so that we can make the right decision if one day one of them veers towards us" and in which EmTroniX has been asked for its expertise in telecommunications, the exploration of the Moon and Mars "because we won't all be able to stay on this planet" and the rise of the country and its company in production capacity.

Indeed, having been a service company in its early days, EmTroniX is now shifting to "small-scale mass production for medical, aeronautical, space and military applications". To produce this, many Luxembourg firms would have to go abroad, a solution that is out of the question for Cédric Lorant. "No need to go abroad. We can produce everything ourselves. Yes, we may earn a little less, but the goal is not to make more money, it is to perpetuate. It costs more, but it's still economically profitable because the company's development compensates."

"My goal is not to make money, it's to perpetuate."

Cédric Lorant may have his head in the stars with all the EmTroniX products that are in space, but his thoughts remain firmly anchored on earth. As committed as ever to the actors of tomorrow's world and the development of the country and its society, he proves that not all heroes wear capes.